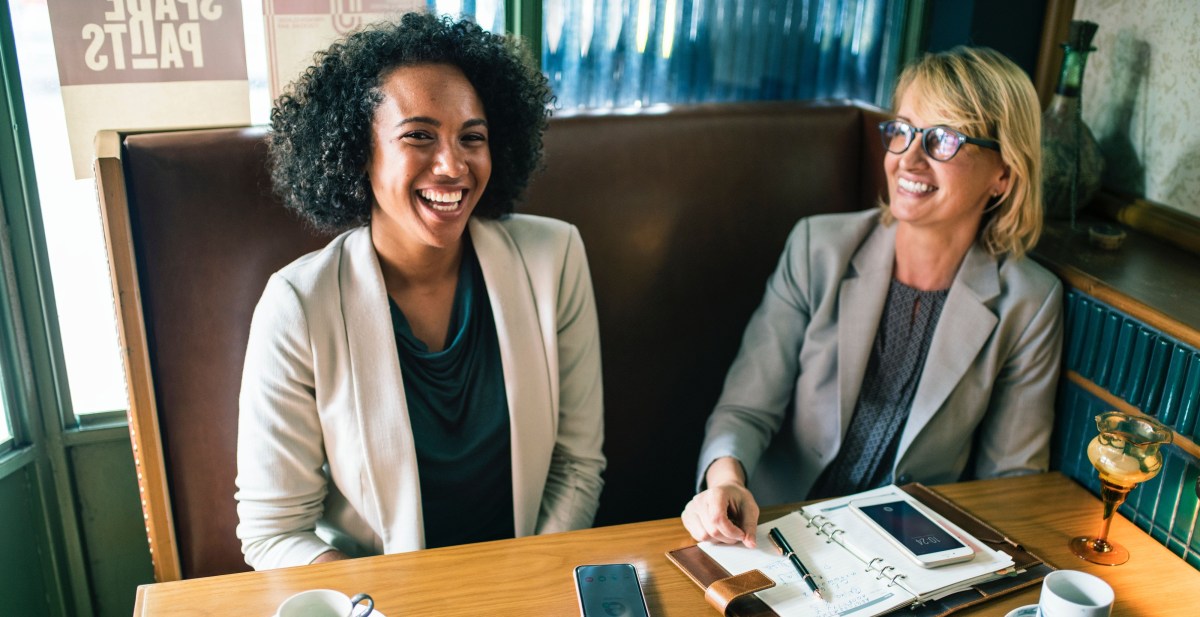 “It’s time for less fighting against, and more bold, deliberate, courageous action from the heart.”

What does it mean to be a woman? This is a question I find myself asking more and more lately, as feminism has defined and redefined itself in my life through my work, life experience, relationships, and passions.

Over the past few years I’ve written a lot about feminism, about my belief that being a woman is all about finding a balance between there’s no ‘right’ way to be a woman. True feminism and identity comes from embracing and owning what you inherently are.

Last week I had the pleasure of speaking with Lucinda Hanover, a powerful, driven woman who is a co-founder and CEO of Lumeri, a company dedicated to leadership development and consulting for some of the world’s largest organizations. She is also the host of this upcoming weekend’s “The Nobility of Women” workshop in New York City.

What struck me the most about Lucinda was her passion, audible in the way she spoke about her purpose, her workshop, and what led her to this place of relentless pursuit for feminism, both personally and professionally. When I asked her about her drive, she talked about working in corporate America for 38 years and the patterns she noticed in both female coworkers and herself. She talked about how women often questioned themselves, held back, or doubted, even when they were highly qualified or well versed in their subject/content area/position. She talked about male-dominated career fields, and struggles for female confidence. And she talked to me about her personal challenge of not giving into the urge of diminishing herself.

It is from these experiences and self-discovery that her passion was born. Her work, and this upcoming weekend’s workshop, centers on ‘ennobling women.’

“We must own and know who we are, the strength we have,” she said, “When we are in touch with our own value, we’ve ennobled ourselves and we tap into our true inner power.”

Her goal is to empower women to speak with graceful strength, to negotiate for a promotion, to stop putting up with relationships that don’t serve, to pursue their unique paths, etc. with confidence. As we spoke, she talked about how she believes feminism has shifted away from what she called a fight, to an open door. Yes, there is still so much that is changing and needs to be changed, but there are also opportunities.

“Maybe the door is open [for us],” she said, asking this question as a powerful follow up: “What can you do when the door is open and you can start moving into a world where you look from within, and know that you are fully valued?”

Her questions hit me deeply, as what she’s asking is something I’ve wrestled with in my own definitions of feminism. What if there are so many opportunities now, that who we are truly fighting is not the world, not men, not stereotypes and biases and limitations, but ourselves?

What if our power, as women, is already within us? What if we have a chance, now, to step into that inner power, that inner strength, and truly thrive?

This weekend, Saturday August 4 from 10 a.m. to 3 p.m. Lucinda is hosting the “The Nobility of Women” workshop at the Sheraton in New York Times Square. (For more information and to sign up if you’re in the area, click here.) The focus of the workshop is “bringing out what is already within us [women],” she said, “I don’t think we’ve heard our own voice yet. It is time to balance the scale of masculine and feminine.”

The event will be about encouraging women to see their own inner power, but it’s not a workshop solely for women. “It’s all about women amplifying what women say,” she said, “Women amplifying one another, and men amplifying women.”

She shares more details about the workshop in this video:

Her message resonates with me. I think that being a true feminist is finding your voice, while also encouraging other women to find theirs—in whatever unique, distinct, different, and beautiful manner that may be. And in the same breath, teaching men to do the same, to amplifying women’s voices alongside their own.

“I strongly believe that the women’s voice today, in all sectors, is a missing voice. [That voice] is exactly what we need right now—a feminine voice from men and women—not just women.”

This message is simple, but true. The women’s voice, though coming into strength, is a voice that can always be bolstered, especially in a professional sense. The work Lucinda’s doing, and the message of her workshop is just that—helping women to find and own who they inherently are, and live out their truths.

As Lucinda herself said, simply, “It’s time for women to step into their inner power.”