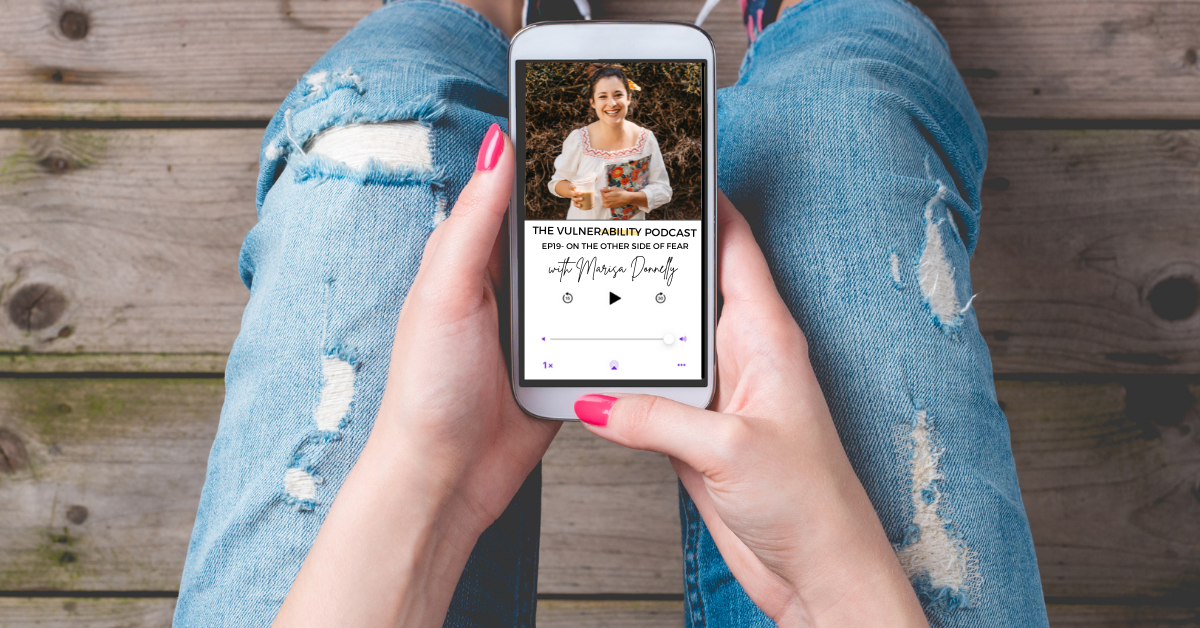 Everything you’ve ever wanted is on the other side of fear. This is the message of the latest VulnerABILITY Podcast, Episode 19, where host Marisa Donnelly talks about her business journey and struggles along the way.

Each and every one of us faces and learns to overcome fear in some capacity. And if it’s not fear that gets in the way, there’s some sort of roadblock. Whether it’s a relationship and nervousness surrounding confrontation, or a career and the unwillingness to face the unknown, things stand in our way all the time.

It’s not about what those things are, but how we overcome them

In this episode, I dive into the behind-the-scenes fear of launching my business, Be A Light Collective. I share about the things that stood in my way and relate back to Episode 11, where the focus was to take one tiny step.

[5:40] “We talk all this negative crap to ourselves instead of thinking about the reality of the situation, which is that CEO probably started at the bottom at some point… Whatever it is, it [probably] took a while to get to that point, but we don’t think about it. We just focus on the end result and then we compare ourselves and say, ‘I’ll never get there. I’m too scared.’”

[9:25] “It’s not about being fearless. Because I don’t think ‘fearless’ is real. I think there are ways that we can be fearless. But to be a fearless person is impossible because fear is all around us.”

[10:00] “A lot of fear comes from not knowing what will happen next. So it’s not necessarily fear that’s holding us back, it’s the unknown… But you have to get over that, because honestly, nothing is known.”

[15:25] “A lot of the excuses that you’re making, a lot of the fear that you feel in your heart is holding you back, are things that you can put to the side and say, ‘Ultimately, I want this more than I want to be held back.'”

Your future is on the other side of fear. Honestly, that statement rings true. Overcoming fear is one of the most difficult things we’ll do in this life. Sometimes it takes little steps; sometimes it takes jumping in without questioning. Ultimately, everyone’s journey is different. But don’t be hard on yourself. Everything takes time.